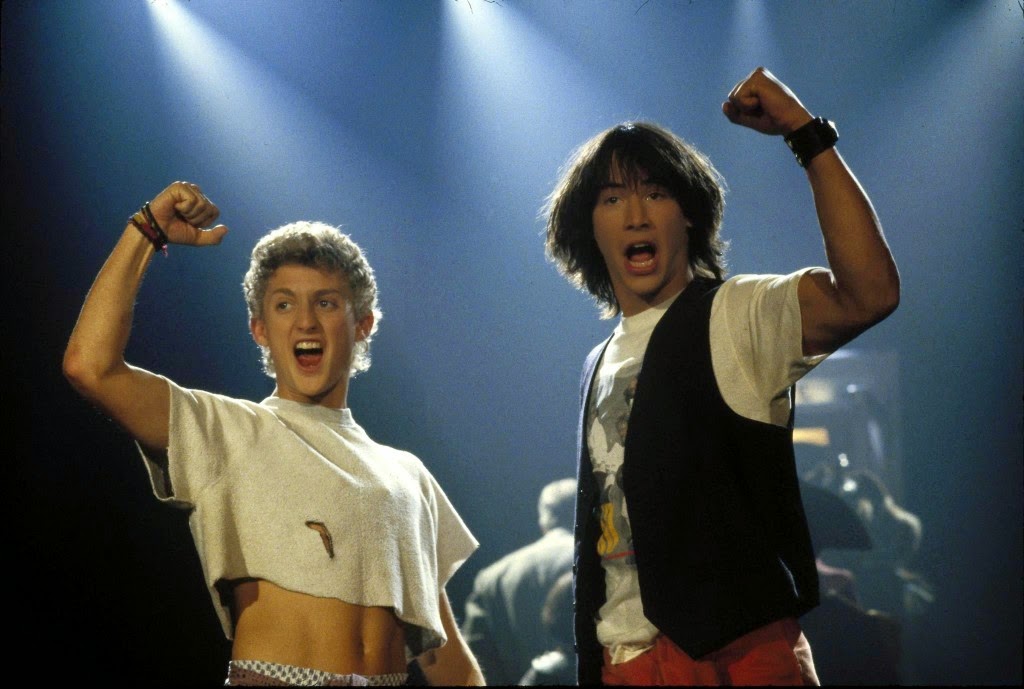 Bill himself, Alex Winter, just dropped probably the biggest bit of info yet on the long-gestating BILL & TED 3.  His interview response below is a bit lengthy, but it's well worth the read.


“[Bill & Ted] will be 40-something and it’s all about Bill and Ted grown up, or not grown up,” Winter tells us. “It’s really sweet and really f—-ing funny.

“But it’s a Bill & Ted movie, that’s what it is. It’s for the fans of Bill & Ted. It fits very neatly in the [series]. It’s not going to feel like a reboot. The conceit is really funny: What if you’re middle-aged, haven’t really grown up and you’re supposed to have saved the world and maybe, just maybe, you kinda haven’t?”

“There’s many versions of ourselves in this movie,” he continues. “[It’s] answering the question: ‘What happened to these guys?’ They’re supposed to have done all this stuff, they weren’t the brightest bulbs on the tree, what happened 20 years later? To answer that question in a comedic way felt rich with possibility.”

“The thing we had going against us is that word got out,” he explains. “That was kind of a bummer. It just takes a long time to put a movie together. Now we’re having to build this thing in public, which is fine. I just feel bad [the fans] have to get dragged through this long, boring, protracted process.”

“Me and Keanu and [original writers] Chris [Matheson] and Ed [Solomon] are all very close and have remained close over the years,” says Winter. “We’d be having dinner and we’d be like, ‘is there a point? Is there a way in?’ We’d kick an idea around and go no and we would leave it alone for a bunch of years. I guess about four years ago we had an idea together that we thought was pretty great. I think it was because so much time had gone by that it was great.

“It was really just the four of us and we were really very measured about it. It took time to construct the idea, it took Chris and Ed time to build the first draft. Then we put a producer together and got a director [Galaxy Quest helmer Dean Parisot]. We’ve been working on drafts for the last couple of years. The script’s been finished for a while, but comedy is so specific. We’re in that world where producers are on, financiers are on and we’re just working and reworking the script.”