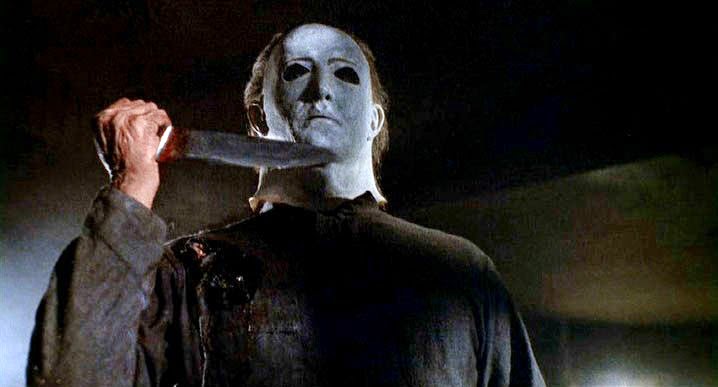 Okay, so HALLOWEEN III, despite being a great movie, pissed a lot people off with its lack of Michael Myers.  So in 1988 we saw THE RETURN OF MICHAEL MYERS in HALLOWEEN 4.  And then they had to go on and do 1989's HALLOWEEN 5: THE REVENGE OF MICHAEL MYERS.

Breakdown:
It's one year later after the events of Halloween 4. Michael survives the shootings and on October 31st he returns with a vengeance. Lurking and stalking, Jamie, Rachel, and Rachel's friends, Michael forms a plan to lure Jamie out of the children's hospital where events lead up to the confrontation at the Myers house. Halloween 5 is a dark, thrill ride that will scare the heck out of you!

From anonymous on IMDb

My thoughts:
I remember first catching HALLOWEEN 5 when I was like 11 years old, and I remember my friends at school were all talking about the sex scene in the barn.  Oh, to be 11 again.  As I grew older, I always referred to H5 as Myers' most violent outing.  Something about Don Shanks portrayal of Myers just seemed so brutal (despite that horrible mask by KNB).  In the end, H5 sucks, but is still a guilty pleasure from time to time.  It also kick-started the whole Curse of Thorn subplot.