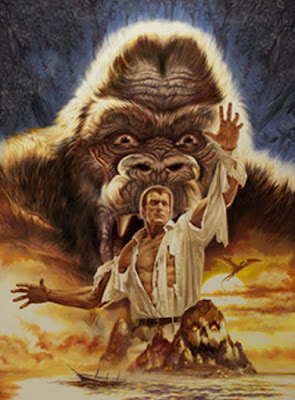 "Kong: Skull Island" plot has been revealed to be a prequel to trace the origin of Kong before he became the ruler in the Skull Island but the more surprising matter to realize is that the movie is set in the original movie's future.

How is that possible?

The set is apparently going to take place in Detroit during the 1970s. The original King Kong period was timed in the 1930s in Peter Jackson's King Kong which was hugely successful in its release in 2005.

Although there were King Kong movies in the eras of 1976 and 1986, a prequel that promises an "entirely new, distinct timeline" that still "honors the foundations of existing King Kong lore" brings avid viewers of the giant beast to anticipate the release of the movie.

It has also been previously announced that Tom Hiddleston of the Avengers and Thor Series, Michael Keaton, and J.K. Simmons of Juno are the lead cast of the new King Kong.

Jordan Vogt-Roberts (The Kings of Summer) is directing the movie and is written by John Gatins (Flight) and Max Borenstein (Godzilla).

The plot and time setting of the movie is quite confusing at present but all the makes it more interesting to wait and see what it can offer.

The filming starts in the very "Skull Island" located in Kauai, Hawaii in May 2015 that has been codenamed, "Titan" according to the locals.