No Sequel For TOMORROWLAND 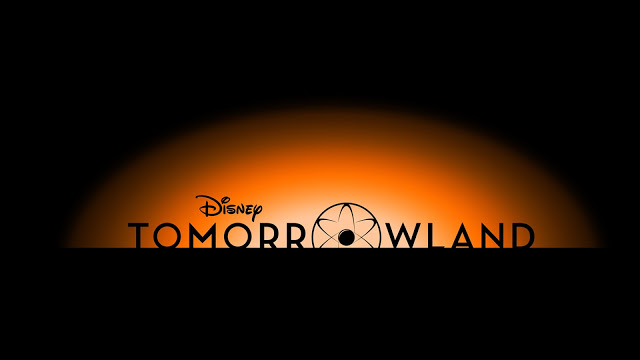 Brad Bird is a heavyweight at Pixar Films, which happens to be owned by Disney. When Brad Bird pitches a film to Disney, the executives there are all ears, especially if it's a live action film. Before Tomorrowland, the only live action film that Brad Bird directed was Mission Impossible: Ghost Protocol. MI: Ghost Protocol was a slam dunk for Brad Bird, that film grossed $209,397,903 in North America and $485,315,477 in other countries, for a worldwide total of $694,713,380.

So... When Mr. Bird pitched his original idea, and with George Clooney as part of the package, Disney jumped at it. Given Bird's pretty much impeccable track record, Disney's "Tomorrowland"—on paper at least—seemed like a slam dunk. Of course, the results were much, much different.
Following mostly stale reviews, lackluster box office both at home and abroad, the trade reports that Disney is set to lose between $120 and $140 million on their live action gamble. With a production cost of $180 million plus another $150 million for marketing, the film's expected worldwide gross is expected to come in under $200 million, and will certainly miss the mark that the studio was looking for and lost all hope for a sequel.

Tomorrowland isn't quite the $200 million flop that was"John Carter" which also went over budget and was directed by Pixar director Andrew Stanton. However... with Marvel, Pixar, and Lucasfilm movies all slated to be released in the next six months, and likely to do tremendous business, Disney is still going to come out looking pretty golden this year. That said, it's no wonder that Brad Bird is finally talking about making "The Incredibles 2" because he wants to have a surefire hit the next time out and salvage his golden reputation. Before Tomorrowland was released, Disney had plans to move forward with Tron 3. Tron was another hopeful franchise for Disney. Shortly after Tomorrowland was released, Disney pulled the plug on Tron 3. Because of Tomorrowland being a box office bomb, killing Tron 3 certainly suggests Disney is taking a look at anything that might be potentially risky or a project that won't perform to its fullest potential. And that's not to mention Disney's drive to turn their classic animated films into live action blockbusters sees them sticking to proven formulas rather than roll the dice on original ideas. And that might be the game plan for the foreseeable future. Maybe Disney should keep their Pixar directors at Pixar and not allow them to direct Disney live action films anymore.
Disney Sequel News Tomorrowland