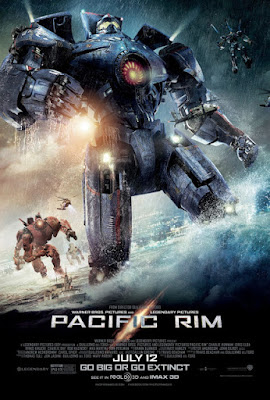 Pacific Rim 2 is officially a go although it's release had been previously pushed back. Actors Charlie Hunnam, Rinko Kikuchi, Charlie Day, and Burn Gorman to reprise their roles for the film.

After Pacific Rim was greatly received by fans, and grossed $411 million worldwide, the film's director, Guillermo Del Toro has been preparing for the movie's second part. But unlike the first film, where the focus was more on the Jaeger pilots, Pacific Rim 2 will repoprtedly  be more about the Kaijus and its origins, "It's a few years after the first one. It's not an immediate follow-up. It is the world having been freed of Kaiju, what happens to the world after - what happens to the Jaeger technology once the Kaiju are not a threat. It's quite a jump." Del Toro said.

Pacific Rim actors will be back to reprise their respective roles. Hunnam will reprise his role as Raleigh Becket, Kikuchi as Mako Mori, Day as Dr. Newton Geiszler, and Gorman as Gottleib. Del Toro reportedly has big plans for characters, especially Raleigh as he said he's now on a new journey.

We are taking the characters into a completely different journey this time because Raleigh (played by Hunnam) for me solved his problem the minute he was able to go full circle and save Mako by sacrificing himself, which is what he couldn't do with his brother. He's not on that journey anymore, he's on a new journey," Del Toro said.

Meanwhile, it seems like there are still more Pacific Rim movies to come for its fans, as the upcoming Pacific Rim 2, which is rumored to be titled 'Solar Rim', is just the launch pad for the third installment of the movie. Another thing to be focused on in the movie is "The Drift" which will bring more chaos to the story.

Pacific Rim was written by Guillermo Del Toro along with Travis Beacham, and Zak Penn. Pacific Rim 2 was previously slated for an April 07, 2017 release date but was later pushed back for a few more months, and will now hit the theaters in August 04, 2017.
Hot Pacific Rim 2 Sequel News Solar Rim