PITCH PERFECT 3 Has The Green Light 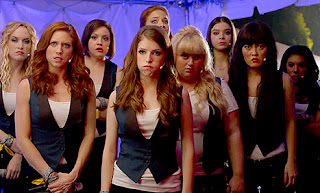 With Pitch Perfect's massive $160.9 million in domestic box office (and counting), Universal and Gold Circle are moving ahead on a 3rd installment.

Sources say negotiations have begun with Kay Cannon, who wrote the first two movies, to return to write the third. No news yet if co-star Elizabeth Banks, whom was also a producer on the last two films and director of the 2nd film, will return in any capacity.

Deals for a third movie will be costly because contracts will have to be renegotiated for the original cast.
Hot Pitch Perfect 3 Sequel News