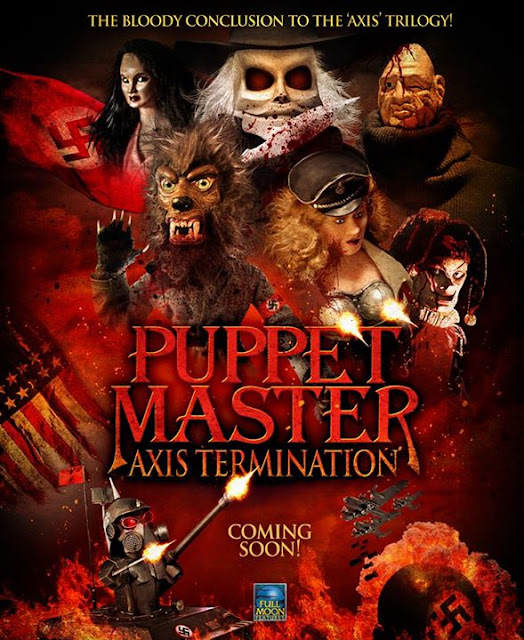 The latest in the PUPPET MASTER saga, AXIS TERMINATION!, is officially in the funding stages.


Our previous Indiegogo campaign was a huge success! We raised additional funds for our 2 latest films, Evil Bong High-5 and Killjoy: Pyscho Circus, which are both currently in post production.

Next week, we're launching a NEW Indiegogo campaign for Puppet Master! There is overwhelming demand for the finale of our Axis Trilogy…. and we’re celebrating over 25 years of Puppet Master.

Since its inception in 1989, the “Puppet Master Series” has been our most celebrated, beloved, and enduring franchise. It’s the most successful independent direct to video horror franchise of all time! With classic characters like Blade, Jester, Pinhead, Tunneler and Leech Woman returning to thrill dedicated fans and general audiences alike.