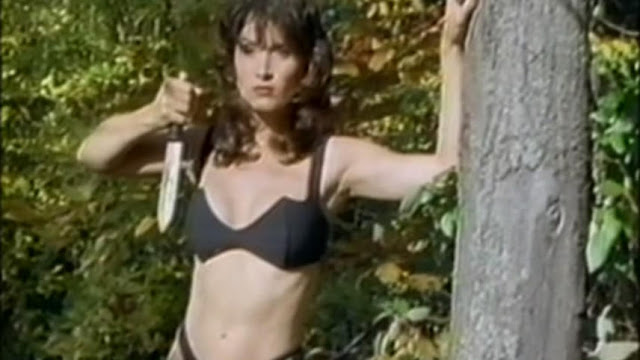 The phrase "twenty years in the making" gets thrown around an awful lot.  But in the case of today's sequel, that's exactly the case.  Filming began in 1994 and was halted.  Many, many years later, the film was "finished."  This is 2012's Sleepaway Camp IV: The Survivor.

Breakdown:
Allison Kramer suffers recurring nightmares and selective amnesia. She returns to camp to discover the truth only to find dark memories coming to life before her very eyes.

My thoughts:
I remember reading about this SC4 on horror websites back in the early 2000s, wondering if it was truly a real thing or not.  And definitive proof came when the Sleepaway Camp Survival Kit DVD box set was released, which contained the infamous bonus disc with all the footage.  The footage didn't impress, and it still doesn't.  But that's okay, at least the damned thing got finished...sort of.