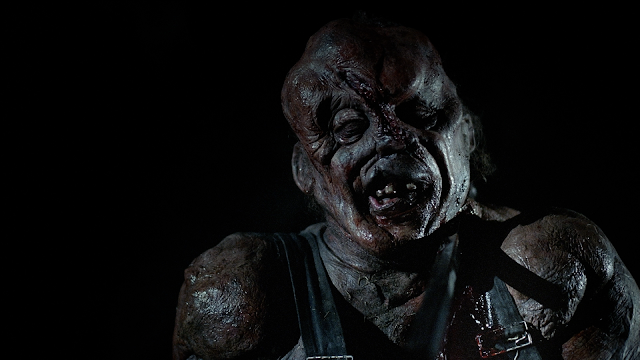 Filmmaker Adam Green shocked the audience at this tenth-anniversary screening for Hatchet by showing them a completely different movie.  In fact, the audience was treated to a reboot, Victor Crowley, instead.


EW can exclusively reveal that writer-director Adam Green has secretly made a fourth film in his Hatchet slasher franchise. The movie is called Victor Crowley and once again stars Kane Hodder (Friday the 13th) as the Louisiana swamp-dwelling, supernatural killer after whom the new movie is named. The film is being described as a reboot and is set ten years after the massacre featured in the series’ first three movies (2006’s Hatchet, 2010’s Hatchet II, and 2013’s Hatchet III). Victor Crowley costars Hatchet franchise veteran Parry Shen (Better Luck Tomorrow) as well as Laura Ortiz (2006’s The Hills Have Eyes), Dave Sheridan (Scary Movie), and Brian Quinn (truTV’s Impractical Jokers). Victor Crowley is written and directed by Green who penned all three Hatchet films and directed the first two movies. The filmmaker’s company ArieScope Pictures has partnered with Dark Sky Films on the movie.

And here's a little bit of the plot:


In the film, we discover that Shen’s lone survivor Andrew Yong has spent over a decade claiming that local legend Victor Crowley was responsible for the deaths of the forty-nine people killed in the original trilogy of films. Yong’s allegations have been met with widespread disbelief, but when a twist of fate puts him back at the scene of the tragedy, Crowley is mistakenly resurrected and Yong must face the bloodthirsty ghost from his past.

“The only survivor that was ever found was Perry Shen’s character Andrew Yong,” Green told EW in an interview last week. “Now, ten years, later, he’s kind of become a little bit of a celebrity. At one point he’s compared to ‘the OJ Simpson of Honey Island Swamp’ because most people do not buy his story, but he got off because there was no evidence that he had done it. So, some people love him, a lot of people hate him, and now he’s written a book, which he is promoting on the tenth anniversary of the events of 2007. He is convinced to do one final interview back at the scene of the massacre, where he has never returned. Simultaneously to him going back there with this camera crew, that’s going to interview him, there is something else happening that brings back a little certain somebody.”

We knew that Green was working on a secret horror project this past year, but I don't think anyone saw this coming -- but it's very welcome!  Honestly, I was about 99% sure he was making a new Friday the 13th movie.