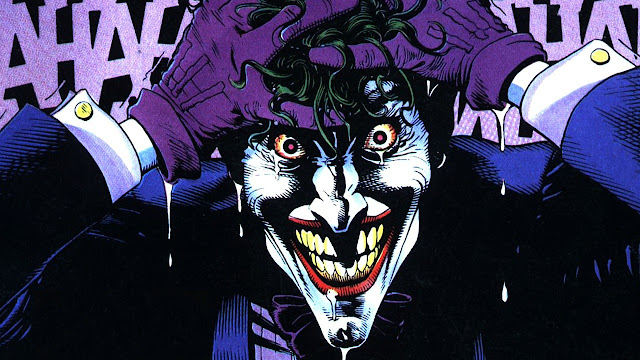 Yes, you read that right.  Martin Scorsese is producing an origin story movie for the famed DC villain The Joker.  What's stranger?  Todd Phillips, director Road Trip and The Hangover trilogy, is directing the film -- in which he's also co-writing with 8 Mile scribe Scott Silver.

It's been a strange day.


Warner Bros and DC are in the early stages of another Batman Universe spinoff movie, this one telling the origin story of the signature villain The Joker. The studio has set The Hangover‘s Todd Phillips to co-write a script with 8 Mile scribe Scott Silver. Phillips will direct the movie, and Martin Scorsese will produce it with Phillips. This will be the first film under a new banner that has yet to be named in which WB can expand the canon of DC properties and create unique storylines with different actors playing the iconic characters.

The story goes even deeper to the details...


I’m told that the intention is to make an origin story that isn’t part of any other iteration. The Joker has memorably been part of two Batman movies in the form of Jack Nicholson and Heath Ledger, and was most recently played by Jared Leto in the first Suicide Squad film. He will reprise in the Suicide Squad sequel and the Harley Quinn spinoff, but this new film will launch the character with a different actor, possibly younger.

An intriguing part is the setting. The intention is to make a gritty and grounded hard-boiled crime film set in early-’80s Gotham City that isn’t meant to feel like a DC movie as much as one of Scorsese’s films from that era, like Taxi Driver, Raging Bull or The King Of Comedy. I’m told that Phillips and Silver are writing already, but there is nothing firm on where this will fit into the DC schedule.