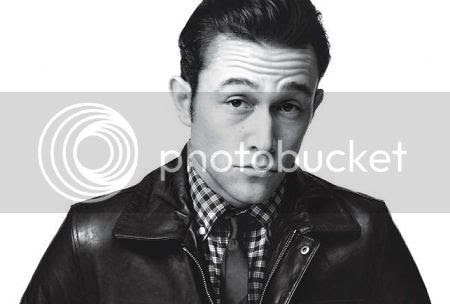 Who will it be? The Joker? The Riddler? Hugo Strange? Deadshot? Guess again...

Joseph Gordon-Levitt will be playing Alberto Falcone, or also known as The Holiday Killer in Christopher Nolan's The Dark Knight Rises. The character is the son of Carmine Falcone, one of the baddies from Batman Begins.

EXCLUSIVE: Now that Joseph Gordon-Levitt is set to re-team with his "Inception" director Christopher Nolan on "The Dark Knight Rises," the question turns to what role the actor will play.

Alberto Falcone, who is also known as The Holiday Killer, would bring Nolan's superhero trilogy full-circle. The character fits with the helmer's stated intentions for continuity and preference to pit the Caped Crusader against "realistic" villains, as opposed to cartoonish nemeses such as Mr. Freeze and Poison Ivy, who Batman battled in Joel Schumacher's 1997 misfire "Batman and Robin."

While Nolan has elected to keep fans in the dark -- for now -- what is known is that indie sensation Juno Temple is being eyed for a supporting role as a street-smart Gotham girl.

Warner Bros. and reps for both thesps declined to comment on casting and character rumors.

Nolan continues to fine-tune the script as the start of production grows closer. The Oscar-nominated filmmaker is also serving as a creative consultant on another WB superhero franchise, Zack Snyder's "Superman," which now has Henry Cavill, Kevin Costner and Diane Lane onboard.

Since Gordon-Levitt was first reported last month as being in talks for "Dark Knight," he hasn't signed on for any more projects, and his summer remains wide open. Thesp next stars opposite Natalie Portman in the indie drama "Hesher," which Wrekin Hill recently acquired, with plans to release the long-delayed film in April. He'll also be seen alongside Seth Rogen in Jonathan Levine's cancer comedy "50/50," which Summit will release on Sept. 30.

Temple, who can now be seen in Jordan Scott's "Cracks" and Gregg Araki's "Kaboom," has two Sundance pics in the can -- Elgin James' "Little Birds" and last year's festival hit "Dirty Girl." She recently wrapped starring roles in the indies "Killer Joe" opposite Matthew McConaughey and Emile Hirsch, as well as "Jack and Diane." Additionally, thesp plays Queen Anne in Paul W.S. Anderson's adaptation of "The Three Musketeers," and is gearing up to co-star in the indie thriller "A Single Shot."

Gordon-Levitt is repped by CAA, while UTA and Troika rep Temple.

Thanks to Variety for the scoop!