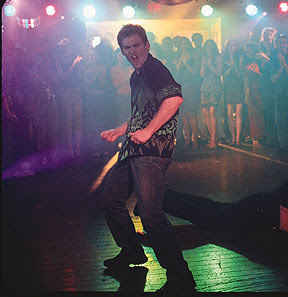 Seann William Scott is ready to get back into Stifler mode after successfully completing his stint in rehab for undisclosed reasons. I'm ready for some of the Stifmeister!

Seann William Scott, the actor who plays Steve Stifler in the "American Pie" franchise, has checked out of rehab.

"He completed a successful treatment program," his reps said in a statement. "He is looking forward to beginning production next month on 'American Reunion' for Universal Pictures."

The 34-year-old "Cop Out" star admitted himself into treatment last month "to address health and personal issues." The facility remained undisclosed, but reps had said he would be out in time to shoot the "American Pie" sequel, which was set to begin filming in late May.

The funnyman took in a Knicks game in New York on Wednesday night, the first time he had appeared in public since checking into treatment.

As for the next "American Pie" sequel, members of the original cast — including Jason Biggs and Eugene Levy — will return to East Great Falls for their 10-year high school reunion.

Thanks to the LA Times for the story.