Showing posts from August, 2011
Show all

Finally, a little clarity surrounding Sin City 2.  Here's the latest on the long delayed sequel...
Oscar Winning scripter William Monahan (“The Departed”, the upcoming James Toback-detested remake of “The Gambler”) has been charged with the task of polishing Frank Miller’s “Sin City 2″ script, according to our hombres at THR.
Now this film’s been on the drawing board for quite some time – a couple of years, in fact – but according to director Robert Rodriguez, speaking in a recent interview with We Got This Covered, the hold up is due to the script (Rodriguez is adamant that they have financing). Obviously Miller’s draft needed work; goes without saying, when it comes to doctoring, one can’t do much better than Monahan. If the film gets the greenlight this time it’ll be because of Monahan’s work on it no doubt.
At Comic-Con in July, Rodriguez stated that “Sin City 2 : A Dame to Kill For” has a script (by Frank Miller) and a possible start date (“It could shoot as ear…
Read more

Here's an interesting piece of info: it seems that Chevy Chase will only return to Fletch and Vacation if he can still play the leads. And...this is awesome news.
Though the idea is to cast a younger actor in the role of Irwin ‘Fletch’ Fletcher in the on-again off-again on-again “Fletch” reboot, and it’s been reported that original star Chevy Chase would likely be back for some kind of cameo, the actor says he won’t be doing the film unless he’s the one playing the investigative reporter. Chase, who played the role in both “Fletch” and “Fletch Lives”, tells Collider that he’ll only do a new “Fletch” film if he’s playing the title role.
I’m not gonna do Fletch unless I’m Fletch, if they start writing something for a kid who’s Fletch and I’m just helping out, “Bye.” I mean, there’s no reason why, at my age, I can’t still be Fletch. I’ve always been getting this impression that they’d like me to be mentoring a younger Fletch type thing. No, what am I James Coburn on a Western? N…
Read more

It appears that Dimension has put offers out there to Anthony Anderson, Regina Hall, and Kevin Hart -- all of whom starred in various sequels.  However, here's the latest...
Dimension Films has tapped Stephen Leff, John Aboud (The Comebacks) and Michael Colton (The Comebacks) to pen Scary Movie 5, the latest entry in the horror spoof franchise that kicked off in 2000 under the direction of the Wayans brothers, and grossed nearly $300 million worldwide.

No word on if David Zucker is directing. Let's hope not.

There have been a wide variety of rumored cast members ranging from Anna Faris to Hulk Hogan, with an October 2009 report claimin…
Read more 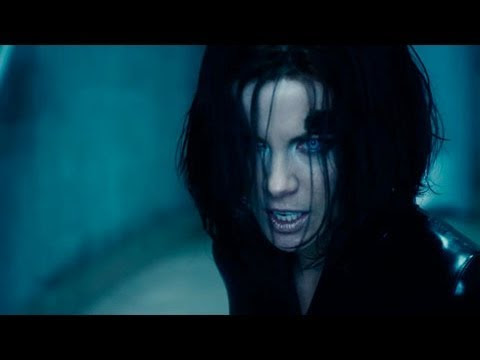 It's been a good day for trailers. Check out the Underworld: Awakening trailer below...
Read more 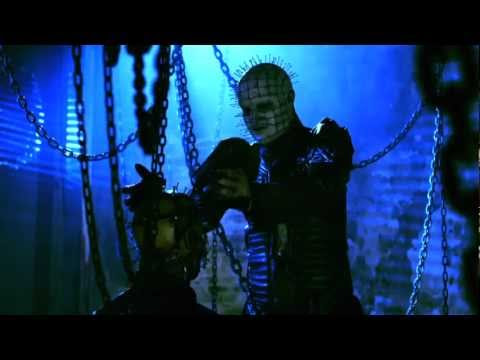 The trailer for Hellraiser: Revelations has been revealed. I'm pretty sure this movie is strictly here to re-introduce the infamous Pinhead and his Cenobites to today's audiences so they can prepare for the inevitable remake...that is coming.

8/20/2011
Check out the trailer for the Ghost Rider sequel, Spirit of Vengeance below... Personally, it looks better than the first, but the Ghost Rider character is one that I've never thought needed a big screen adaptation. Oh well, to each their own, I guess.
Read more

The official plot synopsis for Zack Snyder's Man of Steel has been revealed...
In the pantheon of superheroes, Superman is the most recognized and revered character of all time. Clark Kent/Kal-El (Cavill) is a young twentysomething journalist who feels alienated by powers beyond anyone's imagination. Transported to Earth years ago from Krypton, an advanced alien planet, Clark struggles with the ultimate question - Why am I here? Shaped by the values of his adoptive parents Martha (Lane) and Jonathan Kent (Costner), Clark soon discovers that having super abilities means making very difficult decisions. But when the world needs stability the most, it comes under attack. Will his abilities be used to maintain peace or ultimately used to divide and conquer? Clark must become the hero known as "Superman," not only to shine as the world's last beacon of hope but to protect the ones he loves. Thanks to AICN  for the plot.
Read more

The teaser poster for American Reunion has been released.  The film is the fourth installment of the original series (not counting the DTV American Pie Presents sequels) and most of, if not all, of the original cast has returned.  This teaser alone gives a huge homage to the 1999 original.

It's Official: 'Austin Powers 4' On The Way

Love him or hate him, Mike Myers is returning to the Austin Powers franchise...
It was inevitable.

Mike Myers had a small part in Quentin Tarantino's "Inglourious Basterds," and he's reprised his role as Shrek for both a sequel and a TV special in the last few years, but as far as live-action movies where he's the star, the last one was the disastrous "The Love Guru" in 2008, and the response to that nearly drove him out of the business.

Myers is a very particular talent, a guy who likes to workshop a character for a while before he actually makes a movie.  He has not made that many films, all things considered, and a few times over the course of his career, he has actually pulled the plug on things that probably could have gotten made because he didn't feel they were ready.  That happened most famously with "Sprockets," the feature-film version of one of his SNL characters.  I liked the script he co-wrote with Mike McCullers,…
Read more

'Death Race 3' Has Found Its Director


Roel Reiné, who directed the DVD hit ‘DEATH RACE 2’ and just finished his latest film for Universal Studios, ‘SCORPION KING: BATTLE FOR REDEMPTION’, will step back into the director’s seat for ‘DEATH RACE 3’.
Paul Anderson and Jeremy Bolt, the original director and producers of the movie ‘Death Race’ in 2008 with Jason Statham and the producers for ‘Death Race 2’ in 2010, are also producing this third episode.
With the critical acclaimed and commercial successful ‘Death Race 2’, starring Luke Goss, Sean Bean, Ving Rhames and Danny Trejo, director Roel Reiné raised the bar for movies that were produced for the Home Entertainment market and many claimed that the movie should have had a theatrical release.
The same creators now return to make another episode in this popular franchise.
Death Race 3 will take place in a different prison in Africa,…
Read more

Check out the trailer for A Very Harold & Kumar 3D Christmas below. The film once again stars Kal Penn and John Cho.

'Resident Evil: Retribution' Has Its Pieces

This comes as a breath of fresh air, original star Milla Jovovich and director W.S. Anderson are re-teaming for Resident Evil: Retribution.
Exclusive breaking news as Bloody Disgusting has learned that Milla Jovovich will be returning once again as "Alice" in Resident Evil: Retribution. We have also exclusively landed the news that Paul W.S. Anderson will direct from his own screenplay. Anderson directed both the first film in the franchise and Resident Evil: Afterlife 3D, which arrived in theaters last September.

Sienna Guillory had posted on Twitter that she will be returning as "Jill Valentine," although we're being told that she's being recast. Who should replace her? They are also casting "Barry Burton", who was a member of S.T.A.R.S. (Special Tactics And Rescue Service), and "Leon Scott Kennedy," a U.S. Government agent, and previously an officer for the Raccoon City Police Department."

The newly titled pic is gearing u…
Read more

Gunnar Hansen, probably best know for his role as Leatherface in Tobe Hooper's 1974 classic, The Texas Chain Saw Massacre, was at Summer Fears where he made a pretty big revelation about the new direct sequel, The Texas Chainsaw Massacre 3D.  The new 3D film will, in fact, be a direct sequel to the original '74 flick, and have nothing to do with the two Platinum Dunes reboots.

Watch A Fight Scene From 'The Dark Knight Rises' 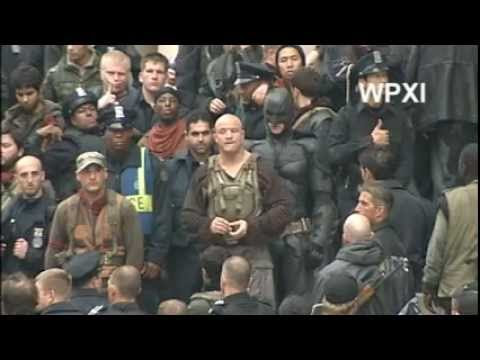 Catch a glimpse of Batman and Bane fighting on the steps of City Hall in Gotham City.

Things are heating up on the set of The Dark Knight Rises, currently filming in Pittsburgh, PA.  Quite frankly, I'm getting a bit annoyed with all the unofficial viral videos and wish WB would release something official, because as of right now, I have no idea what to think of this movie.  I just don't have the same anticipation as I did with The Dark Knight a few years ago.

'The Amazing Spider-Man 2' Gets A Release Date

It has been announced that The Amazing Spider-Man 2 will be released on May 2, 2014.  Jumping the gun a little, you think?
Sony Pictures today set The Amazing Spider-Man 2 on the release schedule for May 2, 2014 to kick off the summer of 2014. "I think it speaks volumes about our confidence in what we are seeing on the new film and our desire to move quickly on the next installment," a Sony exec tells me about the reboot of its biggest superhero franchise from Marvel. Thanks to Deadline for the scoop.

'Short Circuit' Remake On The Way

This just in: nothing in Hollywood is sacred anymore.  A Short Circuit remake is on the way...
EXCLUSIVE: Dimension Films is making a deal with Tim Hill to direct its reboot of Short Circuit, the 1986 film about an experimental robot manufactured to be a weapon until a lightning strike fills it with intelligence. It runs away and befriends a fractured family, the military in hot pursuit. Hill directed the Illumination pic Hop and Fox's Alvin and the Chipmunks. Dimension optioned the remake rights in 2009, originally signing Paul Blart: Mall Cop helmer Steve Carr and screenwriter Dan Milano. The project has languished and Hill is being brought in to supervise a new script and get the iconic robot Johnny 5 moving. David Foster, who produced the original, is producing with Ryan E. Heppe and John Hyde. Hill is repped by Gersh and Principato-Young. Thanks to Deadline for the scoop.
Read more

The first photo of Anne Hathaway as Selina Kyle/Catwoman from Christopher Nolan's The Dark Knight Rises has been released.

The reveal seems a little underwhelming, but that's okay, because I completely trust Nolan and company with their take on the feline menace.

First Look At Henry Cavill's Superman In 'Man Of Steel'

The first ever photo of Henry Cavill as Superman in Man of Steel has been released.  Personally, I'm digging the new suit.

The powers that be over at Paramount have contacted writer/director Alex Aja about the long spoken-of Pet Sematary remake.
Twitch writes that Paramount is in talks with Alex Aja (The Hills Have Eyes, High Tension, Piranha 3D) about their long-gestured Pet Sematary, the remake of the Stephen King adaptation from 1989. We've checked with our own sources close to the project for additional word. We'll update as soon as it arrives.

The project resurfaced in February with word that producers Lorenzo di Bonaventura and Steven Schneider were armed with a script by Matt Greenberg (1408, Reign of Fire).

Published in 1983, King's creeper tale centered on a family that trades the city life for the country life in Maine, then discovers that they have moved near a pet cemetery that rests on an ancient burial ground. When the husband's toddler son is killed in an auto accident, the father takes the boy's body to the cemetery, where it is resurrected in demonic form. …
Read more
More posts