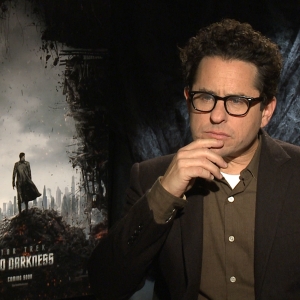 Director J.J. Abrams, fresh off his Star Trek: Into Darkness gig, has revealed that he turned down the directing job for Star Wars Episode VII.  It's all good, though -- we wouldn't want any cross contamination between the Star Wars and Star Trek franchises now, would we?


Suggesting Lucasfilm are chasing some big guns for the job, J.J Abrams has revealed he’s turned down the "Star Wars Episode 7" directing job.

The 'Star Trek' director tells Empire, "There were the very early conversations, and I quickly said that, because of my loyalty to Star Trek and also just being a fan, I wouldn't even want to be involved in the next version of those things. I declined any involvement very early on. I'd rather be in the audience not knowing what was coming, rather than being involved in the minutiae of making them."

As for suggesting that Matthew Vaughan may be in the running for the job, I'm all for it!