'Jurassic Park 4' Has Its Director In Colin Trevorrow 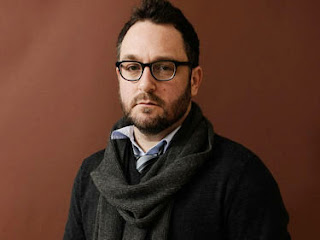 
Colin Trevorrow, who made his feature directorial debut on the no-budget Sundance pic Safety Not Guaranteed, is about to make a Tyrannosaurus rex-sized leap in scale for his next film. He has been set by Universal Pictures to helm Jurassic Park 4, the third sequel to the dinosaur franchise hatched from Michael Crichton’s novel. Rise Of The Planet Of The Apes scribes Rick Jaffa and Amanda Silver have written the script. Frank Marshall is producing with Patrick Crowley, and Steven Spielberg is executive producer. It will be shot in 3D and get released June 13, 2014. This is Spielberg’s baby, and he got this giant franchise going by directing the first two films. This is a big piece of business for Universal and Spielberg; their last Jurassic Park picture was released in 2001, directed by Joe Johnston.