The Best Summer Beach Movies We Wish Had Sequels 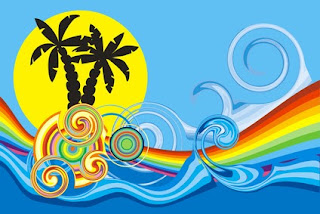 Summer blockbusters are an American staple. Ever since “Jaws” chomped his way onto the silver screen in 1975, audiences eagerly await their next chance to be wowed by cinema greats.  summer blockbusters are typically made with two things in mind: high commercial “flash” value and low cerebral output (no one likes to think on summer vacation). They may not always have generated critical acclaim, but these unforgettable summer hits deserve sequels, or at least a re-watch:

Leonardo DiCaprio may not have reached "Titanic" proportions with this strange and partially true tale, but “The Beach” did offer some unique perspective on what life in seclusion would be like. Toward the end of the film, we find out that the island paradise is really too good to be true, and things get creepy fast. In a sequel, we would like to see what happened to the people on the beach after they try to reintegrate into society.

“Some Like It Hot” is the ultimate cross-dressing summer romp. Marilyn Monroe is at her finest, and Jack Lemmon and Tony Curtis take the cake for most delightful, yet unconvincing lady-men to date. Forced to dress in drag as showgirls to flee the mob, Tony as Joe/Josephine/Junior falls in love with the comely Sugar, played by Monroe. Hijinks on the seven seas ensue, and although the unlikely trio sail to safety in the end, we want to know what happens in the next stage of their lives. Do they continue on the run from the mob, start a family, or ally with an opposing mob family? There are too many fun possibilities to choose from, but we sure wish we could.

The film that cemented Jason Segel as a comedy genius also happens to be an iconic summer blockbuster. The star-studded cast makes for one of the best laugh-out-loud premises in the past decade, and it’s set in the midst of a Hawaiian paradise. Although “Get Him to the Greek” is a pseudo-sequel, it doesn’t give us the inside scoop on the lives of the main characters. Segel’s Peter Bretter and Mila Kunis’ Rachel Jansen are the characters we really want to see. Were they met with success? What happened to Sarah after her latest show got canceled? Can we see both women clad in Yumdrop swimwear?

Only Tom Hanks could make the world feel so much love for a Wilson volleyball. As the lovable FedEx employee Chuck Noland, the world laughed and cried as we watched him transform from John Doe American to Robinson Crusoe. At least the beach he was stranded on is gorgeous, summery and not in the Arctic Ocean. The film ends in uncertain tragedy, but we want to see more. Chuck’s longtime love, Kelly, has moved on, but it’s clear she still loves him—what happens if her marriage erodes? Or, what happens when Chuck becomes bombarded with fame and doesn’t know how to go on? Although it’s doubtful any of our questions will be answered with a sequel, these summer blockbusters do a great job of igniting imaginations and making summer more fun.

----------
Submitted by Raj Singh
Raj has been to every Nine Inch Nails show since "Pretty Hate Machine."  His cat's name is Ozzie, and he has a canary named Sid Vicious, so yeah, he likes his music hard core.
Buzz'd Misc. News