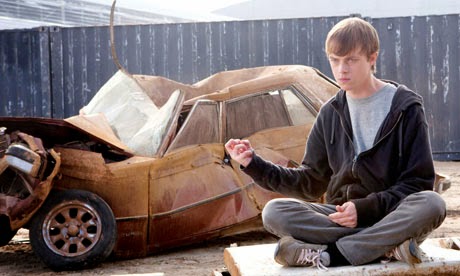 A new writer has been hired for Chronicle 2 since original scribe Max Landis' sequel draft was a bit too dark for Fox.  Welcome Jack Stanley.


EXCLUSIVE: Fox is getting moving on Chronicle 2, the sequel to the 2012 sleeper hit movie directed by Josh Trank. The studio has hired Jack Stanley to write the script. Who? Stanley doesn’t have any produced credits, but this goes to show how a good script written on spec can change everything for a writer. He wrote Sweetheart, the story of a female assassin whose attempt to get out of the biz is thrown awry by her high school reunion. It hit the Black List and Michael Costigan is producing with Stanley’s manager Jewerl Ross. They are packaging it, but the script made the rounds and put the 25-year old on the map. He showed he wasn’t a one shot wonder writing a second one, a werewolf thriller called Silver that is also making the rounds.