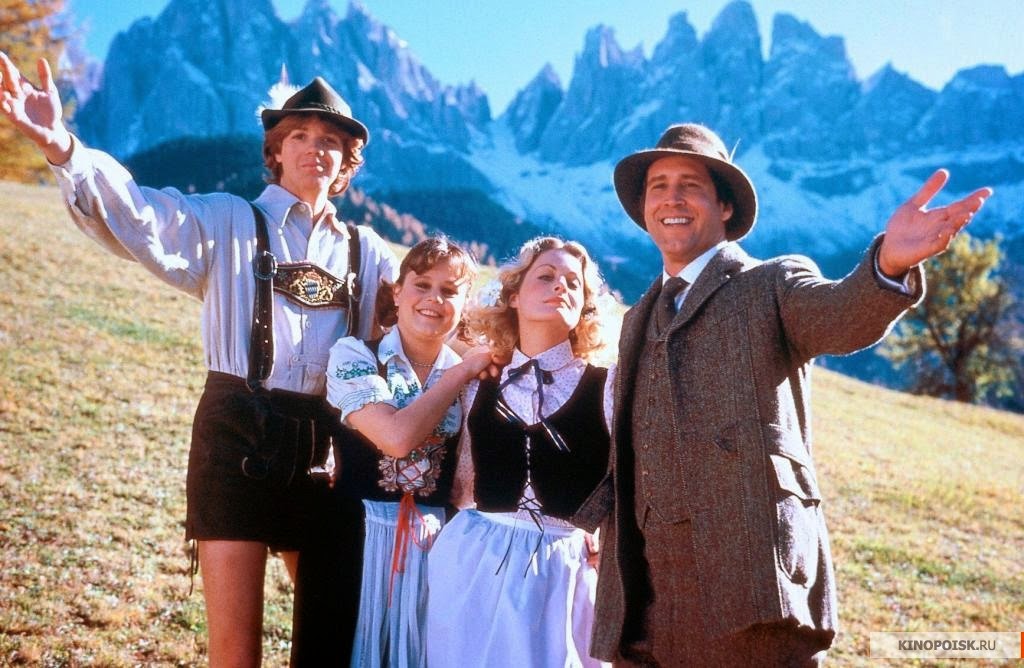 Breakdown:
Once again starring Chevy Chase and Beverly D'Angelo as Clark and Ellen Griswold, European Vacation tells the story of the Griswolds, who win an all-expenses paid trip to Europe on a game show.  Of course they are accompanied on their trip with their two children, Rusty (this time played by Jason Lively) and Audrey (this time played by Dana Hill).

My thoughts:
This was actually the last entry in the Vacation series that I seen.  In fact, there was a time when I didn't even realize this film existed (keep in mind, Vegas Vacation was already out).  But honestly, once I finally did get around to watching European Vacation, I loved it!  It has its own special little charm.  It may actually even be funnier than Christmas Vacation (which is my all-time favorite Christmas movie).


What do you think about National Lampoon's European Vacation?
Movie Sequel-a-Day