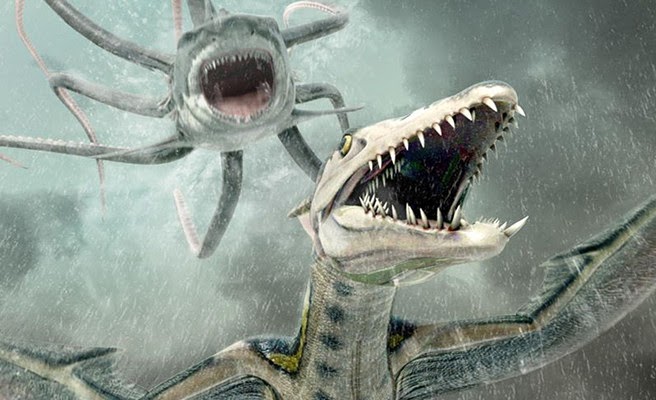 The first image from the SHARKTOPUS sequel, SHARKTOPUS VS. PTERACUDA, has been released.  That Pteracuda looks a little Sandworm-ish (BEETLEJUICE).


SHARKTOPUS VS PTERACUDA finds an American scientist, Robert Carradine (DJANGO UNCHAINED) up to no good (as usual) by creating the half-pterodactyl, half-barracuda: Pteracuda. When the creature inevitably escapes, it’s up to Sharktopus to stop him. Human Katie Savoy (LIVING WITH MODELS) also stars.